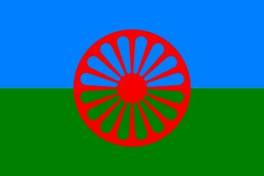 We spoke to Juliana Penha from Romano Lav, a Roma community organisation, about her recent work with a team from Salford University.

Hi Juliana can you tell us a bit about the project ‘Supporting Roma Voice’ and who it involves?

During our participation at the Roma Network meeting in Birmingham last September we met Professor Philip Brown from Salford University. Who explained about this project and invited us to work as a partner organization, helping them to recruit participants for their national research. He explained that the aim of the project is to support the inclusion of central and eastern European Roma populations, building capacity and leadership of Roma themselves, by recruiting a network of community advocates in different locations across UK. The project will consist in two parts: the part one consist in conduct participatory research with Roma people in several locations in UK and get a broad view of the issues Roma are facing across the country. After the research, the advocates and the team involved in this project will develop a report grounded in the experiences of Roma people to raise awareness about these issues. Finally, based on this the advocates will start a dialogue with officials around the specific needs of Roma communities and how to work towards inclusion. We were asked to work as a partner organization, helping them to recruit Roma people living in Glasgow to participate and speak about the experiences of Roma people in Scotland. Two researches from the project came to Govanhill and during two days we supported them to organize four focus groups, two with men and two with women, 32 people in total participated. Two sessional workers from Friends of Romano Lav recruited the participants and worked as translators.
Detailed information about Supporting Roma Voice can be found here:

Can you tell us a little bit about the four focus areas identified in the agenda?

The questions were related with Housing, Education, Services available in the area, Health, Immigration, Discrimination, Employment and Future plans.

Was it easy to find willing participants in the Govanhill area?

It was not so easy but our sessional workers did some hard outreach work asking people to participate some weeks before the focus groups dates. During the days of the focus groups, many people appear interested in participate; however there was a limited number of 32 participants for this research in Glasgow so we got people’s contacts for future participation.

You had researchers running focus groups in December from the University of Salford, how did those sessions go/ what was their purpose?

The researchers from the Supporting Roma Voice project came to Govanhill to conduct the focus groups and lead the discussions. Our role in this project was to recruit participants in Glasgow and help to translate the discussions. Each focus group took 2 hours. Something really important to highlight was the participation of our sessional staff in all the process of recruitment of the participants and especially during the focus groups in which they were working as translators and helping to lead the discussions. This gave them more insight about how to conduct a focus group, ask questions, and manage possible conflicts and how to deal with language barriers. At the end of the work the researches expressed their gratitude for their important work and had a small chat with them explaining about the many opportunities available for translators, interpreters and researchers. I believe this was positive as they are young and can think about their future careers.

Did the local participants find it comforting/supportive to know there are integration and inclusion groups right across the U.K?

I can’t speak on behalf of the participants but during the sessions the researches explained better the aim of the project and some people were interested to give their views, opinion and share their experiences.

What do you hope the legacy of this project will be? I suppose most of what is being done is part of the ongoing work you do at Romano Lav on a daily basis or does it differ?

I hope this project manages to fulfils its objective that is; To support Roma people to speak on their own behalf and create an agenda coherent with their needs. I believe that a research carried out with seriousness and commitment can help to support positive changes. Since I started to work in Friends of Romano Lav last year as a sessional worker I saw the commitment in involve Roma young people not only in the activities but especially in the planning and decision making process. I think the difference from this project is that FORL are acting more locally, engaging with the young Roma people living in Govanhill supporting they become future advocates of their community.

What are Romano Lav’s current opening times and is there any way people can get in touch or attend drop in sessions either to seek information or support or just to do some community volunteering?

Actually we are based on Govanhill Baths (99 Calder St, Glasgow G42 7RA) on Tuesdays and Wednesdays (10 am to 5pm)
Our phone number is 07470145625.
Email: romano_lav@hotmail.co.uk
Our facebook page is https://www.facebook.com/friends.of.romano.lav
People interested to volunteer are definitely welcoming, just drop in, phone or send an email.

We also spoke to a local young person; Erik Gazi who was involved with the project as a sessional member of staff to find out what their role and experience was with the research project. 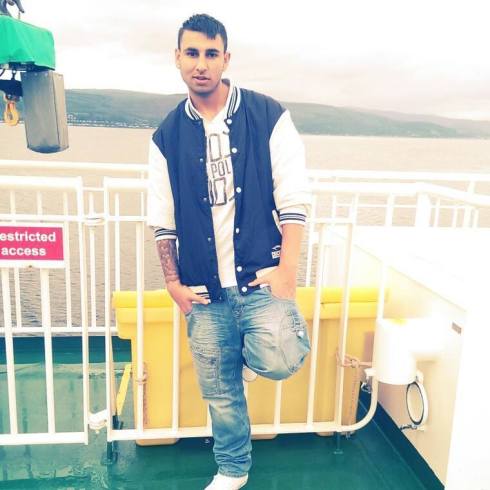 Is this type of work something you would be interested in doing as a career in the future either through University or Collage or in the community for other groups?No, I would not like to be a translator in future but I would like to help in the community as a translator.

What did you gain from this experience as an individual?
I gained more experience talking in large groups and I think that I am more confident talking to strangers and larger groups.

If you would like your community group, activity or business to have a feature article please get in touch with Lisa at lisacraigphoto@googlemail.com tel; 07903152283.

For those interested I also have an independent blog if you wish to check it out;